August 11, 2014, it looks just like another day among many days of American people in usual. But it turned out it’s not. Robin Williams, the guy who used to make us forget our sorrows and bring millions of laughter to this world was reported dead, hanged from a belt in his California home. The grievous news came so unexpected that the whole country was caught in deep sorrow. Since the day the news came out, millions of fans of this legendary comedian started to come to his previous film locations to offer flowers and beers for his loss; some street artists painted his face on walls to extend their mourning. 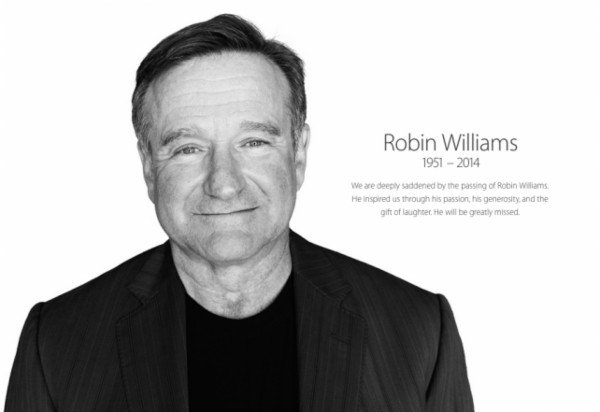 So why are we feel so sad about the loss of Mr. Williams? To answer that question, we need to start with his time and events.

Robin McLaurin Williams was born on July 21, 1951 in Chicago, Illinois. He briefly studied political science before enrolling at Juilliard School to study theatre. After he left Juilliard, he performed in nightclubs where he was discovered for the role of Mork on an episode of Happy Days (1974) and the subsequent spin-off Mork & Mindy (1978). Williams’ wild comic talent involved a great deal of improvisation, following in the footsteps of his idol Jonathan Winters. Williams has also proved himself to be an effective dramatic actor and received an Academy Award for Best Supporting Actor in Good Will Hunting (1997). Since his maiden work Popeye in 1980 he has offered more than 30 classic films over his past 35 years.

Luckily for us, though Robin Williams had gone and left us forever, we can still see him in many films during his lifetime, and we have sort out some of his best Blu-ray film works on Amozon for every fan of him, please feel free to take all your happy memory of this comedy master and feel his humor while watch them again.