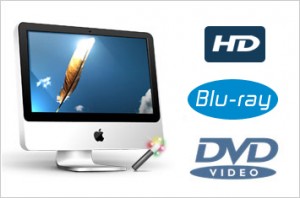 The Macgo Mac Blu-ray Player is the world’s first and Blu-ray player for Mac OS, perfectly supporting from 10.5 to the latest 10.8. Since released, it has gained great fames and acclaims. With advanced technology, it can play any Blu-ray disc/DVD released in any region.

Since its newly-upgraded version, Mac Blu-ray Player can stream Blu-ray videos from Mac to Apple mobile devices, like iPhone, iPad, and iPod touch, wirelessly with its build-in AirX function, so that you can have Blu-ray enjoyment much more freely.

With DTS5.1 channel added and 1080p supported, Mac Blu-ray Player can play Blu-ray movies with high audiovisual quality and without any frame loss. Its SNS sharing function makes it possible to recommend your movie collections or reviews to Facebook or Twitter directly.